THE WRATH OF SOLOMON 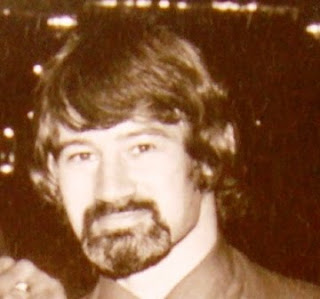 Irish Entrepreneur Phil Solomon was a major player in the UK artist management/producing scene. Powerful would be an understated description of his standing in the business, with The Bachelors, Them (featuring Van Morrison) just two of the big names he had managed. In the 1960’s Phil had his own label Major Minor and was a major shareholder and influence on Radio Caroline. Phil and his wife Dorothy managed Lena Zavaroni*.

Lena was currently our hottest act, having just completed a five-week run on the TV talent show OPPORTUNITY KNOCKS and now with the charting single and album, "Ma, He's Making Eyes at Me".

A priority responsibility of mine, as Director of A&R, was the management of artist and production contracts and controlling our very large recording budget. My boss and MD of the company, AJ (Morris), was complaining about recording budget over-expenditures. “You have to reduce our costs and get rid of non-productive contracts,” said AJ.

So, off I go tracing the paper trail of contracts against results. There were a lot of dud deals and one in particular stood out as a big loser. Phil Solomon, separate from the Lena Zavaroni contract, had a deal to supply us with six singles per year via producer Tommy Scott. On the delivery of each single we would pay an advance against royalties of several thousand pounds. The contract made no sense, as there was no artist development or album spin off. All of the singles delivered in the past year were flops. We were out of pocket on this deal for thousands!

I bring this to AJ’s attention, knowing that Phil was a real power in the business and important to us. “Tell him we are not going to re-new next year” he directs. I phone Phil and give him the news. He takes this calmer than expected and suggests we should have lunch and get to know each other better. “I’ll pick you up outside your front entrance tomorrow at noon; I’ll be driving a Rolls” he says.

Next day at noon there is the man himself behind the wheel of a Rolls Royce convertible and he takes me to a very up market restaurant in Mayfair. Through the meal we make small talk and give each other a brief history of our backgrounds and future plans. It was all very cordial.

Phil says with my experience I should do well in the UK record business and welcomes me aboard. As far as the annual contract for the six singles a year is concerned I am obviously are not aware of the finer points of the deal or I would not be dropping the contract. Apparently it is very simple; I re-sign the deal for the next year and what do you know? I’m a songwriter! I get credited with one of the songs on the B-side of a major selling act and accordingly to get the royalties due, which are exactly the same amount as the A-side hit. I would have a new line of income and as the years go by and the deal continues I could make some major money.

I am stunned. I’m just a Kiwi lad and have never been exposed to such a crooked offer**; I decline and confirm we would not be continuing this particular contract.

The atmosphere at the table suddenly became very frosty. I am called an inexperienced idiot who will never get along in the UK recording scene and would soon learn to either join in with the system or become an outsider going nowhere. I was not offered a ride back to the office.

Subsequently we inform Phil officially that the singles contract will not be ongoing.

Time goes by and Lena’s new record album is overdue for delivery and we are in danger of not having the income included in our quarterly sales. AJ and I discuss the situation and I am instructed to inform Phil that he is in breach of contract and that we will take the legal action to have delivery of the recording.

I phone Phil several times and he refuses to take my calls. Late morning I call again and leave a message with his assistant that we will take legal action for the contract’s fulfilment.

Early afternoon I’m chairing a meeting of my A&R team discussing progress on our current productions. I hear a shout outside the meeting room; “Where’s that fucking McCready?”

The door bursts open and charging in is an enraged Phil Solomon. “There you are you bastard” is directed at me, as is a flying briefcase that collects me full in the face. Blows from Phil’s fists then attack me. At first I just keep the seemingly mad man at bay by pushing him away; but as more damage is done to my body and pride (the 10 or so staff are cowering in fear and amazement); I counter attack and bodily pick Phil up and hurl him over the conference table, scattering chairs and staff in the process. He is down on the other side of the table, not moving. I’m now worried, what have I done? I move round to his prone body and inquire, “Phil, are you OK?” Suddenly I’m the recipient of a well-placed kick to my groin area.

Now I’m angry too and I have had enough. I wrestle with him, grab him in a bear hug, turn him around and with a “Full Nelson” hold on his back and neck I run him out of the room, down the corridor, out the main door of the building and hurl him down the steps towards his illegally parked Rolls Royce. Cheers accompany this from the now large group of Phonogram staffers who have come to watch the show.

Arriving at the bottom of the stairs simultaneously and returning from a lunch is AJ. Naturally he is surprised to witness a very important artist manager being tossed out of the building by the company’s A & R Director.

In AJ’s office I am given a shot of whiskey to calm me down as I’m shaken and shaking from the physical altercation.

To my surprise AJ, after hearing the story, takes the view that we should hush this up and implies the fault is mine. I am horrified and suggest that Solomon be banned from the building and that the police are informed so that assault charges are considered against Phil for this unprovoked attack on me at my place of work. AJ and I are at odds and I tell him he and the company should support me. I don't believe I can continue working for him if he does not support me. He suggests I go home and calm down. I do so.

Early next morning there is a knock on the door of our home. I answer it. A chap advises me he has come to pick up the company car. I give him the keys (was I wise?).

I phone AJ who advises me he has issued a release saying I am no longer with Phonogram UK. Did I resign or was I fired? I’m not sure. One thing that was certain is that AJ never wanted me on his team and had taken the opportunity to get me out.

My employment at Phonogram UK was arranged by our International office so I phone my regional manager Reinhard Klassen in Baarn, to appraise him of the situation. As usual Reinhard is the master of listening and patience. He suggests that as obviously AJ does not want me back I should come and work at head office for a period until another suitable posting in one of our many International companies is available. I take a day to think this over and decide no; I am better suited to day-to-day “hands on” music management than a head office role. Also, we had just purchased a home in Barnes and the children were at last settled into London. After discussion between legal’s for me and Phonogram we agree a financial settlement and I am now officially unemployed.

Ken East contacts me and I get offered the position of Marketing Manager at Decca. What do you know, Phil Solomon has an identical contract with Decca and I'm again given the task of getting rid of it.....but that's another story.

*Lena Zavaroni died in 1999 aged 35 after a 22-year battle with anorexia and after contracting pneumonia following an operation.

**Am I right to say Phil Solomon was crooked? I certainly found him so. It was with interest I noted on an interview with influential record producer Shel Talmy that he made the following comment on his Phil Solomon experience:

“One of the first persons I ran into was Phil Solomon, who has quite a reputation in the English music business. He was one of the biggest crooks of all time. The Bachelors were his band. I had to sue Phil to get my royalties--although they were coming from Decca, part of them was coming from Phil. Dick [Rowe] tried to remain neutral, but things got difficult for him, and I said, fine, I'll go out and see what else I can hustle up. So I really became an independent producer, doing things for a couple of labels at the same time.

LIFE IS A SONG

John McCready
Auckland, New Zealand
This blog contains short stories from my 50+ years working in the entertainment business. From records to radio and finally TV and owning, with my wife JT Taylor, two TV channels. The passion for media continues.